As I begin my day, I cannot help but reflect on voting history and Women’s Suffrage.  In my grandmother’s life, she saw a time when WE could not vote.  I can barely imagine it.  Less than 100 years ago women were not permitted to have a voice in the governing of our country.  We had no advocates for our needs, no champions for our causes and precious few rights.  Today we stand on the the shoulders of giants.  Women who fought hard, risked everything and sacrificed much so that we would be equal in the eyes of the Constitution.

I believe that most of us (women 30-50) grew up with the idealistic image of Women’s Suffrage that was modeled for us in Mary Poppins.  It was an image of a pretty women in bright colors headed off to socialite’s garden party.  This was much the image we were taught in school.  Women wanted to vote… they asked and everyone said “Jolly Good Idea”.

The truth is in great contrast.  Women were arrested, imprisoned, chained in dark cold cells, beaten and worse.  Some were even locked away for the duration of their lives by their husbands having been declared legally insane (he could do this because she had no rights).  Still they fought on.  They picked up their beaten bodies and their battered signs and they marched on… for you …and for me.. for my daughter.. for her daughters.

So when its cold this morning.. when the lines are long… when your feet hurt from standing.. when your daughters whine that they are bored.. let them know how LUCKY we are to be cold and tired and bored.

———————————————- Michelle Archer is a certified coach with nearly 25 years experience in direct sales. Michelle works with companies and individuals to explode their business potential. Connect with her on Facebook Learn more at http://directsalesinstitute.com/ 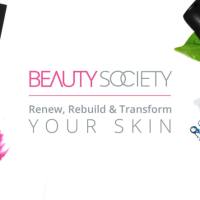